Ministry speaks out against bullying after student’s death

Pastor Kavekini Varo mourns the death of his son at his Navakai home in Nadi. Picture: REINAL CHAND

BULLYING of any kind should not be condoned, says Women, Children and Poverty Alleviation Minister Mereseini Vuniwaqa.

This after a report of the death of 16-year-old Ratu Navula College student Mosese Namuamua was filed at their office in Nadi this week by the victim’s father.

“The ministry does not condone bullying, nor violence in the home, in schools and in the community,” she said.

“The MWCPA is mandated under the Juvenile Act, the Child Welfare Act and other national laws to ensure the safety and protection of our children.

“Therefore, such incidents are swiftly investigated.

“Our office will undertake further casework and will provide assistance to the police and families.

“Information gathered in regard to such unfortunate situations can be used to help address and prevent these incidents from occurring again.

“Our office also provides advice and support to the parents, making referrals for counselling and other professional help both for the victims and their families.

“The Child Helpline free call #1325 was established for children and those having concerns about children, to call and obtain information or counselling.

“We urge the community to use this service if they have any concerns regarding the safety and wellbeing of a child or youth.”

She said the ministry was also carrying out its investigation into the death of Mosese Namuamua. 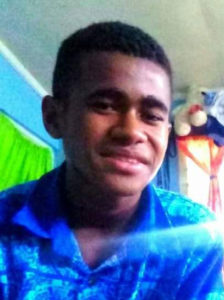 “According to our Nadi office, this case was reported to them (on Wednesday) by the father who was frustrated because it seemed to him that nothing had been done by the relevant authorities regarding his son’s case.

“It was noted that the assault happened on March 16 during the Nawaka 7s and it was reported to the police.

“The child was admitted to ICU Nadi Hospital and died on April 20 (last Saturday). The father reported the matter and the case was immediately recorded and reported to the PS’s office under the Child Welfare Act.

“Our Nadi office has been instructed to follow up with the police on the case, however, at the same time to carry out their own assessment on the case as to how it transpired and who are involved, since it is alleged that another student is involved and what can be done to assist the police and the remaining children, during these investigations.”

The incident is also being investigated by the police.

150th anniversary: The future of Fiji