From the Editor-in-Chief’s desk: Your July 31 briefing

Our numbers are spiraling out of control. We have far too many positive cases and far too many deaths reported daily.

In fact by the time we sit back and ponder on this frightening scenario, many of us will actually know some of the positive cases. That’s just how small the area of infection is, and the spread of the virus.

It is a major concern.

We are now in the fight for our lives.

We can only wonder whether our health system is doing well, handling the cases before us.

We hope that the cases will come down. We hope that we can all contribute to flattening the curve.

Permanent secretary for Health and Medical Services Dr James Fong announced 1301 new cases of COVID-19 for the 24 hour period that ended at 8am on Thursday. He said 293 cases were from the Western Division and 1008 cases were from the Central Division.

Tonight, he announced 1163 new cases over the past 24 hours and another six deaths due to the virus.

There were 245 new recoveries reported on Thursday, since the last update, which meant there were 20,200 active cases. He said 17,774 active cases were in the Central Division and 2426 in the West.

These numbers are just too high. They are worrying. They are frightening.

Again we will continue to look up to the powers that be to make tough calls for the sake of the nation.

These numbers must come down, and very soon. That curve must be flattened, as soon as possible.

So whatever your take is on the response from the powers that be, we simply cannot just sit back and wait.

We must act now. Today! In fact we should have been acting from yesterday.

But we can only do so much. So let’s do the little things that we know will work to protect us.

Let’s not get the virus. Let’s adhere to COVID-19 protocol. Let’s keep good physical distancing. Let’s wash our hands often with soap and water, or use a hand sanitiser.

Watch where you place your hands on public transport or even at the local supermarket.

Advise people to keep their distance from you in public. Don’t ever be complacent.

It is obvious by now that many of us know of COVID-positive patients. They may be friends or loved ones.

We wish them well, and hope they will recover. In the meantime, let’s do all we can to protect ourselves and our loved ones. Let’s fight the virus.

Our victory in Tokyo, Japan united a nation.

We celebrated the great achievement. We dared to hope, and our team delivered.

We punched above our weight, and moved the world with our story. There were sacrifices made, and the world now knows how much the win means to the people of Fiji.

## Meanwhile, here are some headlines that made The Fiji Times’ edition for Saturday, July 31.

# Fiji 7s coach Gareth Baber has been offered a piece of land to build his home in Fiji. Speaking in Parliament yesterday, Prime Minister Voreqe Bainimarama said Baber had “delivered brilliantly” after he successfully guided the national side to winning its second Olympics gold medal.

# THE much-debated Bill to amend the iTaukei Land Trust Act was passed in Parliament yesterday. Prime Minister Voreqe Bainimarama said a removal of consent provision in the Bill did not in any way affect the rights or interests of iTaukei landowners as espoused by the Opposition.

# TWO aircraft leased in 2018 by national airline Fiji Airways have been returned to the lessor.

# ATTORNEY-General Aiyaz Sayed-Khaiyum says there needs to be a holistic approach to understanding how the value of land will be improved under the amendment made to the iTaukei Land Trust Act.

LETTERS TO THE EDITOR

# There are interesting letters on Pages 8,9,20,21,22,23 and 24. It’s the weekend and we have a bumper pack of views about various issues around us. This is the pulse of the nation. 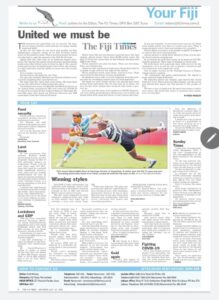 # In this ever popular section, read about: BEING a working mother and pursuing tertiary education at the same time can be quite difficult. That has been the reality for Shareen Singh–Sharma as she juggled her different roles and tried to strike a balance between work, home and studies. 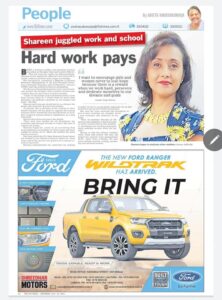 We have a host of interesting articles for your weekend reading pleasure.

The issues range from diet, to cyber security, health, history, and our 7s victory in Japan. 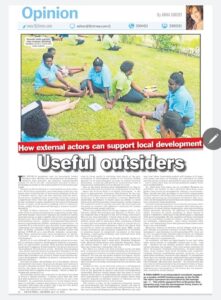 # We have pages of entertainment news.

The big one obviously is on the Olympic Games  in Tokyo, Japan. 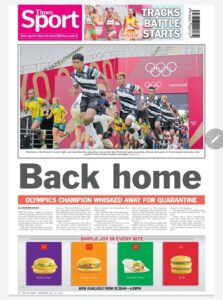 ## There’s a lot more to read inside. But you’ll have to get a copy to know what we are talking about. Happy reading. Stay safe and let’s fight COVID-19.