From the Editor-in-Chief’s desk: Your December 6 briefing

Here are some headlines that made The Fiji Times’ edition for Monday,  December 6.

FIJI could be forced to do favours for foreign countries if it is not vigilant with borrowing, says Fiji Labour Party leader Mahendra Chaudhry.

GOVERNMENT has spent 24 per cent of its 2021-2022 budget between August 1 and October 31 this year, states the first quarter appropriation statement that was tabled in Parliament last week.

CONSISTENT policies by the FijiFirst government have ensured stability in the country, said Attorney-General Aiyaz Sayed-Khaiyum on Saturday while launching the Jokhan Realtors new office in Ba Town.

PARLIAMENTARY Standing Order 51 must not be used as a means to expedite laws that are really of not great urgency. This is the view of former Minister for Women, Children and Poverty Alleviation Minister Mereseini Rakuita.

One of the vehicles that wa involved in the fatal accident is being towed away by authorities this afternoon – Sunday, December 5, 2021. Picture: JOVESA NAISUA

TWO people are believed to be the latest road accident fatality after the car they were traveling in was allegedly involved in an accident at Wainisalato Settlement near Naboro yesterday.

FAMILY members of children admitted at the Labasa Hospital will now be accommodated in a newly-constructed housing facility with an estimated cost of $90,000.

PEOPLE in a remote village in the interior of Naitaisiri hope to raise $80,000 to construct a road to their community.

MEMBERS of a traditional meke group in Macuata were prohibited from performing during the celebrations for President Ratu Wiliame Katonivere in Labasa because they have not been vaccinated for COVID-19.

THE people of Ra collected $42,757 for their Siga Vou kei Ra Scholarship Trust Fund on the weekend, with a soli of $40,700 coming from the Marama Tui Lawaki, Adi Taina Dawai.

NATIONAL airline Fiji Airways has introduced an added health and safety measure on December 1 in light of the growing Omicron outbreak across the globe. 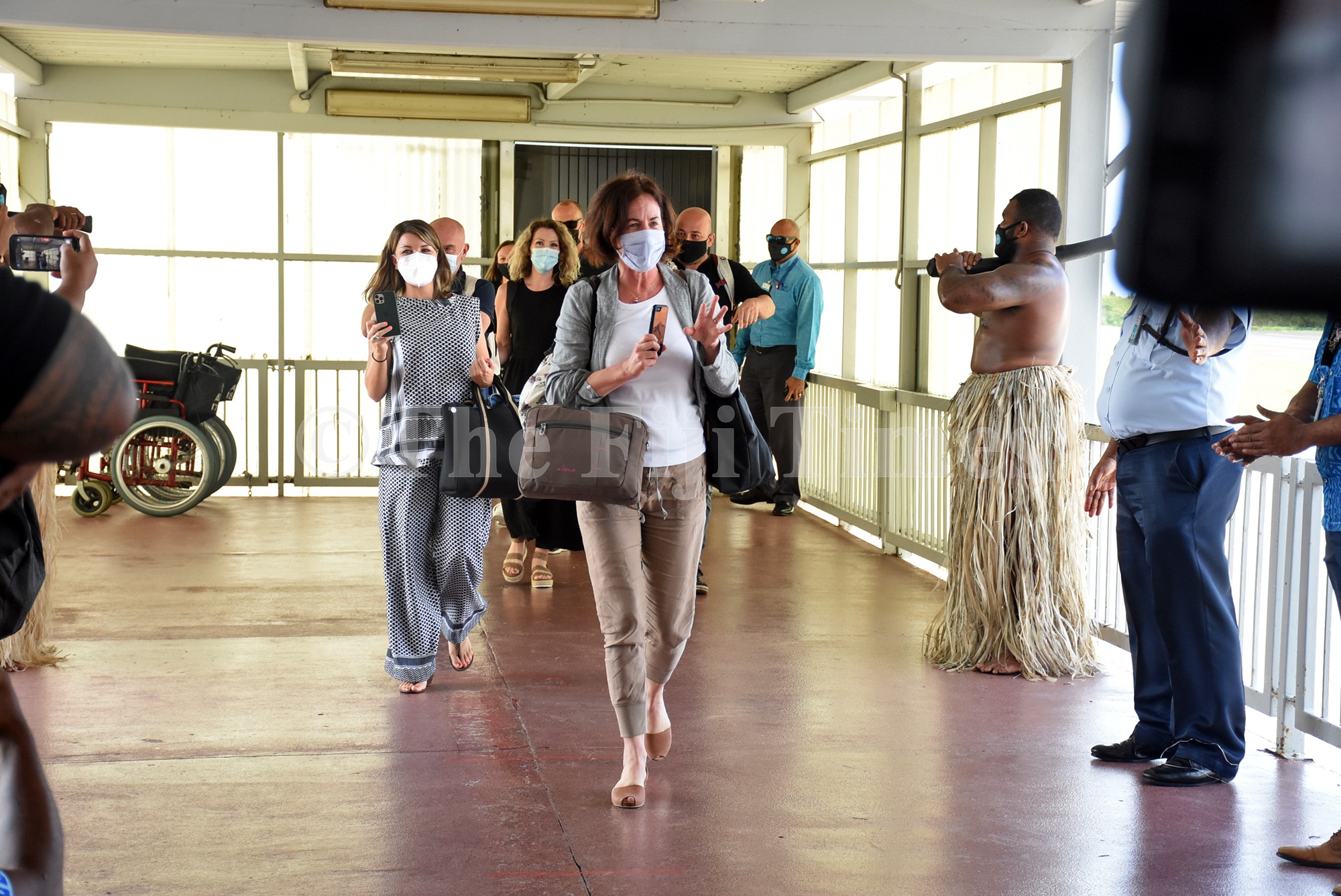 Australian tourists arrive at the Nadi International Airport on the first flight out of Sydney as Fiji opens its International border. Picture: REINAL CHAND

PAGE 6 – BACK IN HISTORY

THE Office of the Director of Public Prosecutions says of the 25 people charged with 80 counts of serious sexual offences in November, there were 15 incidents where the victim and the accused were related.

THE Fiji Women’s Crisis Centre (FWCC), in collaboration with the Pacific Women’s Network against Violence against Women and UN Women, launched the Gender-Based Violence Counsellor Training Package on last week which will strengthen the counselling workforce.

MEN will be engaged in a dialogue to end violence against women and girls at the Tanoa Waterfront Hotel in Lautoka today. This is part of the 16 Days of Activism Against Gender-Based Violence campaign by the Fiji Women’s Crisis Centre (FWCC), where 25 men working as male advocates between Sigatoka and Rakiraki will participate in the one-day event. 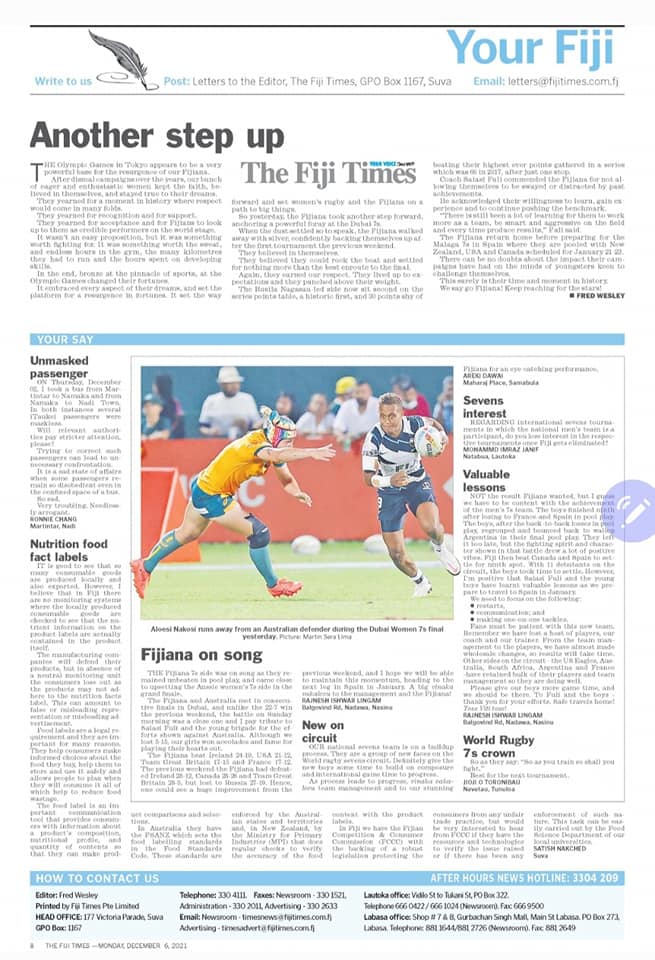 This popular section in the newspaper carries the voice of the people.

The big one on the back page is about soccer. 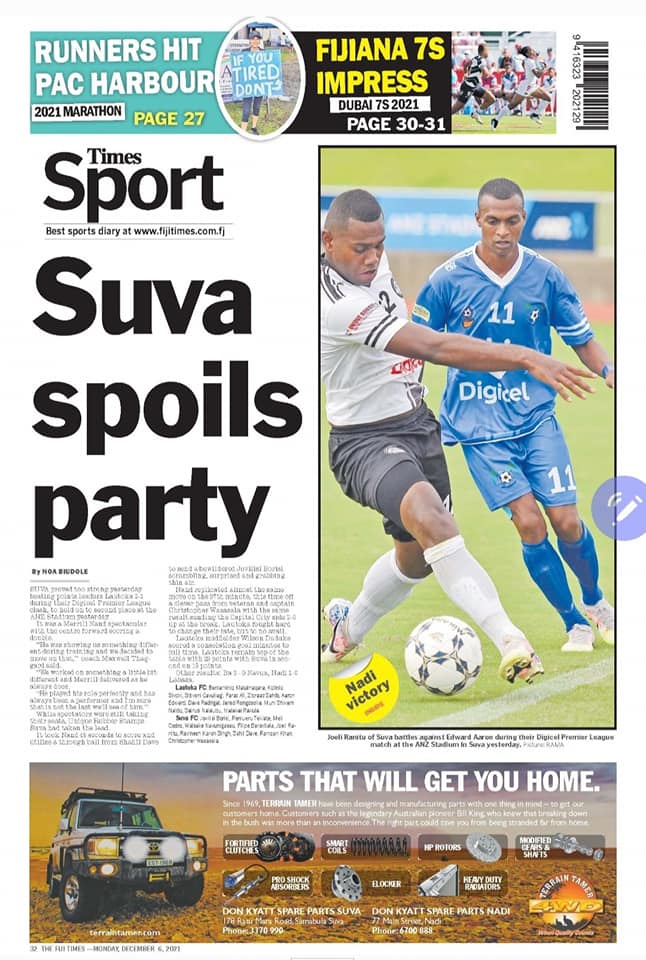 Read about how Suva defeated League leaders Lautoka at the National Stadium.